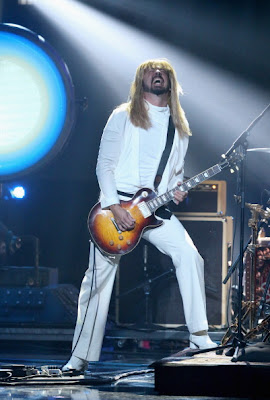 I wanna be Dave Grohl.

Fucker gets to play with everyone from Led Zep to Lee Ving. Here's the Foo Fighters dressing up as Rush circa 1978 (last nite at the rock n roll hof)- dig the white robes:


and Keith (aka Johnny Bob Goldstein) Morris and the other guys (Chuck Dukowski, Dez Cadena, Bill Stevenson and the Descendents' Steven Edgerton) restoring my preferred era of Black Flag launched their tour:

and of course the Ozzy led Black Sabbath just released their first song in 35 years:


the 1970's are back muthafuckas!
Posted by Nazz Nomad at 4:14 PM No comments: Links to this post

Email ThisBlogThis!Share to TwitterShare to FacebookShare to Pinterest
Labels: black flag, black sabbath, foo fighters, rush, the 70's are back

It's Springtime & Maggie Is Dead 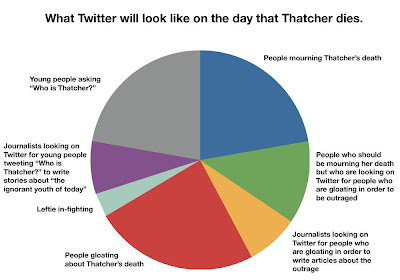 As much as you mofo's in the UK are celebrating The Grand Dame's demise, it means jack shit to me. Guess what- in the Olympics of asshole rulers of the free world (1980-2013 division), she doesn't even win the bronze.

Here in the States alone we've had Reagan and Dubya. You're guyz have had Blair. Maggie ain't squeezin' into that triad.

So she invaded an island full of Penguins? Hell, at least she didn't go toe to toe with the Russkies or an entire religion!

Besides, think of all the great songs that you woulda missed out on!!!!!!

War is Peace, Freedom is Slavery, Ignorance is Strength 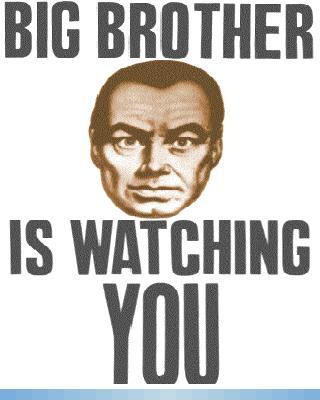 Wandering around the Interwebs last nite and I went to archive.org , which is the coolest site in the universe for public domain stuff and an example of the cyber-world being all grok-riffic.

This version is extremely low budget (geez- it was made in 1954) and probably the closest thing to a literal tranlation of the source as we'll ever get.You can see it embedded below- or at this link.

This version starred Peter Cushing and Donald Pleasence and almost 60 years from it's original broadcast (and almost 30 years from it's reference point, it's scary how much of the book and language has turned into common parlance. The main difference these days is that we go willingly into the Gov't and Media's  "newspeak", rather than having it forced upon us