The following bands can blow me. Short of that, and having them show up at my doorstep on their knees with mouths agape ready to swallow the issue of my fetid seed down their mouths, they can simply eat the rotted remains of Jim Morrison's esophagus.

Radiohead- Mopey asshole whiny-fuck-pop-star wannabees from the land that saw fit to perform a country wide circle jerk for the union of two horse faced douchebags who would just as soon have the entire nation die of starvation if it meant that they could garner one more crown jewel. Thom Yorke should have crushed up poodles shoved down his gullet. I would wish harm on the rest of the band, but I don't know who the fuck they are. At least Pearl Jam are American and probably get to fuck alot of real hot mid-western chicks who dream about sopping up Eddie Vedder's ejaculate with their flannel shirts. I mean, do they even sell flannel shirts in the UK? Real flannel... not that bullshitty new wave plaid stuff.
Notable exception- Paranoid Android... only because it's a Pink Floyd song.

Bon Jovi- As an American I fully support the rights of money hungry cock suckers from New Jersey to make a buck off of the teeming masses whenever possible. Oh, my mistake, I confused these A.O.R. hacks with Snooki and The Situation. Jon Bon Jovi is musical AIDS.
Notable Exception- Richie Sambora dropped his load into Heather Locklear for a long time and still keeps going to rehab.

Kanye West- Would it be racisty to say that this guy is a non-rappable self absorbed publicity whore who actually was offended when he lost a meaningless award to Taylor Swift? Guess what, fuck face, at least she has two tits and a vagina... which gives her three things alot more useful than anything you have or have ever done.
Notable exception - He's tappin' Beyonce. Damn, got him confused with that Jay Zee guy.

The Pixies- Whaddya get when you up: a pussyass band name + a fat fuck + the only woman in the world I wouldn't fuck + 2 guys who I wouldn't recognize if I was running them over with my gas guzzling SUV? The world's most favoritist college band (trademark). That is, if you were in college in the 90's and never got laid. Ooh, I'm a Pixie. Kill me now. The same folk who wear Pixies shirts also stick gardenias up their ass and pretend they're Morrissey.
I saw their movie (I think it's called Suck Eat Suck) and Black Francis was lying on a hotel bed in his skivvies. I may never get an erection again.
Notable exception - Awaiting Black Francis' appearance on The Biggest Loser (or whuddevah that fat person losing weight show is).


That's it for now... I'm going back to my steady regimen of Minor Threat, early Black Flag, Motorhead, The Stooges, Killdozer. And RUSH. PS- Fuck you- RUSH FUCKING RULES! And I've gotten laid when 2112 was on (of course that was back around 1986) Oh yeah, download my band's new rekkid (STABBY ROAD) fer free. (shameless plug).

THESE ARE THE STOOGES- THEY FUCKING ROCK, AND THAT IS A NEARLY 800 YEAR OLD MAN WITH HIS PANTS DOWN.
Posted by Nazz Nomad at 11:05 PM 18 comments: Links to this post 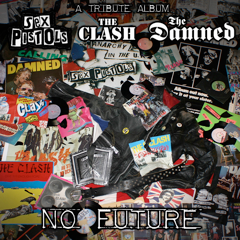 Every one of us geeks has got plenty of cover songs of our favorite bands. Out here on the internetweblands, are plenty of sites that actually feature nothing but covers.
In fact many of us have played in bands that paid homage to these bands. Of the 18 songs on here, I personally have been in bands over the years that have performed 7 of em.
A guy I see in the mirror every morning is playing bass on this one!
NO FUTURE (Released Emotions U.K.)
takes the approach of a “tribute” to the Big 3 of UK old school punk: The Clash, The Damned & Sex Pistols. On one hand you have the slavishly devotional, such as Sex Pistols Experience, with their riff cloning  ersions of “Pretty Vacant” and “Anarchy In The UK”.  The Pistols have turned into self parody, so why bother as a tribute to the originals?
Ladies and germs, the originals, 20 years past the point
The conflict to me is: Punk is spozed to be doing yer own thang, so I am far more impressed by the adventurous rather than the dogmatic. The techno-rappy “Submission” by The Blaggers ITA or the metallic “Silly Thing” with it’s AC/DC tease by Identity are the lure. Sometimes it backfires, ala The Bolsheviks rap of “Holidays In The Sun”, but respect for the attempt. I’d rather hear a car crash than a clone.
The concept works best on The Clash covers. Perhaps because the original band was so diverse and insistent in terms of wearing their influences’ on their sleeves.  The versions of “Capital Radio” (Steve Drewett) and Attila The Stockbroker’s “Washington Bullets” take excursions into world beat- certainly something that mssrs’ Strummer, Jones, Simonon and Headon were no strangers to. These songs totally work- with logical and relevant reworkings. Again, on the covers of “English Civil War (my favorite cover on the album) and “Guns Of Brixton” the songs are re-imagined. “English Civil War” actually sounds like it should pre-date the Clash’s version, taking the song back to it’s 19th century roots.

The only tunes that fall flat are another clone- “Bankrobber”  Anhern & One Steady MDV add nothing (except a Paul Simonon aping of the vox maybe). Bleach sounds remote on “Complete Control” (pun intended), a miscalculation, as the original is as pissed off a song as there ever was.
There are already couple of really good Damned tribute comps out there, and as the least familiar of the three classic bands,  I was a little nervous that the Damned selections here would not be thought as  out as well as the band deserved. Leatherface’s version  starts off baroque of “Melody Lee” before going full force with Frankie Stubbs'  whisper/gurgle vox.
I was blown away by the Malcom Owen lament “The Limit Club”… very compelling and different- totally no frills, compared to the lush original. Still, very moving. “Plan Nine Channel 7” is one of those “holy songs" to me. My only hope was that Exit Condition didn’t fuck it up. They don’t, but there’s nothing particularly adventurous here either. On the other hand, “New Rose” is done as a piece for strings by The Urchin String Quartet. Cool.  “Love Song”… well, Adrenalin AOD did the definitive cover version about 30 or so years ago. So, I wouldn’t have even bothered if I was Red Letter Day.
“Thanks For The Night”, by Robb Johnson totally acoustic, serves as the coda to the album, a complete 180 from Captain Sensible's’ original.
All in all… more hits than misses on some of the greatest songs ever. Worth checking out.
Toonage:
Leatherface - Melody Lee (Damned Cover)
Posted by Nazz Nomad at 9:09 AM 3 comments: Links to this post

Email ThisBlogThis!Share to TwitterShare to FacebookShare to Pinterest
Labels: Sex Pistols, the clash, The Damned, the rants

I need some more.

One of these things is not like the others. Can you guess which one? 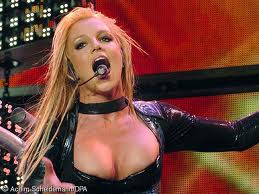 (this picture has nothing to do with anything... but Britney's sure got a nice rack here. Much nicer than Henry Rollins' rack).


Correct! Uncle Tupelo is the one that doesn't belong... because they are alt-country pussyfucks!!!!!!!
Posted by Nazz Nomad at 9:22 AM 2 comments: Links to this post

J is for Jesus 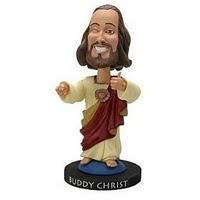 Had a fight with the missus. I claim that Lady Gaga is a derivative, unoriginal hack without a shred of credibility or musical worth. And that she exists only due to the short memory spans of the populace and an innate ability to rip off Madonna. And how, despite her new "hey being gay and different is cool" song is a nice sentiment, the very fact that she is allowed to pollute the status quo with her face, voice and assorted "fashionista" trends makes the "hoi polloi" that much lamer.

Enough of the pop crap, it's Good Friday, so I am going to take a non-secular approach for a change and offer up some cool toonage that actually has got some of that spritual stuff in it. 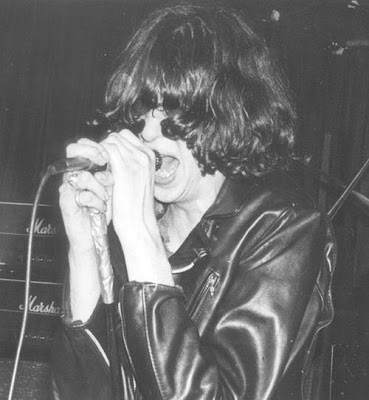 There is nothing I could say that would overstate the importance of Joey Ramone to the music that I hold dear to me, the lifestyle I have led and many of the good things in my life. It's a loss that I suspect many of you also feel.


Rest In Peace. I look forward to seeing you on the other side.

Email ThisBlogThis!Share to TwitterShare to FacebookShare to Pinterest
Labels: joey ramone, ramones, why is joey ramone dead and phil collins is still alive

Just because I love you all so, here's the second video from our new album STABBY ROAD (what??? you haven't downloaded it yet??? GO HERE RIGHT NOW! IT'S FREE!).

This video might take you back to your TV viewing habits of yer yoots (youths?)

and as always, please don't sue us
ps- this Friday nite, in NYC- at Fontana's (105 Eldridge Street) come see us play at our record release party! We're gonna have rice pudding for everyone!!!!!!!!!!!! Hey, everyone loves rice pudding!
Posted by Nazz Nomad at 11:54 PM 1 comment: Links to this post

Email ThisBlogThis!Share to TwitterShare to FacebookShare to Pinterest
Labels: caterwaul of sound, we're all going to hell 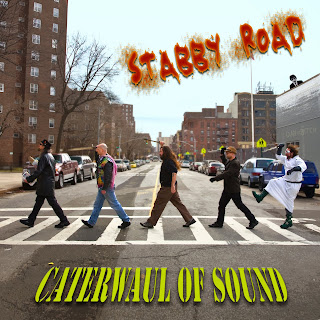 This album is "wrong" on so many levels it's astounding. We're so proud.


We play both kinds of music: PUNK & RAWK!