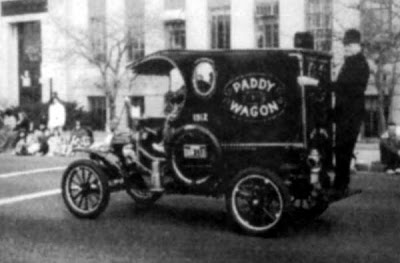 Never made it into Hole last nite... let's just leave it that the Missus did the right thing and partied on, while me and a bunch of other suckers had a party in the pokey. Can't say I wasn't warned either. Maybe Courtney can do a benefit for the "New York 11!".
I have to say, the entire experience was a blast. No kidding. I think I had a better time than if I woulda been at the show.

The missus said the show was great. Courtney was lucid. The show was under an hour, however.
Posted by Nazz Nomad at 11:03 AM 2 comments: Links to this post

Email ThisBlogThis!Share to TwitterShare to FacebookShare to Pinterest
Labels: oops 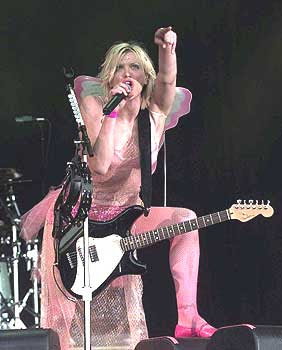 The missus and I are gonna go see Hole tonite. Or, more accurately put, Courtney Love and the moops she is calling Hole these days. The widow Cobain is back on the road, but without the actual members of what was known as Hole. But she's still calling it Hole. Or something.

Yeah, we're big fans. Missus Nomad has been waiting many a year for the opp to see Cawt-Nee and, as my band can assert, I digs her too. After all, we play Celebrity Skin (which our lead singer hates). Rock n Roll.

Has anyone ever had as interesting a journey as Courtney Love? After all, she started out as a tot, pictured on the cover of a Grateful Dead album. From there, she moved into stripping, performing in movies (Sid And Nancy, Larry Flint), became a junkie, married a rock "god", released at least two classic albums, had a kid, had the kid taken away, became an "A-List" celeb, became a junkie (redux), became a "D-List" celeb, and all before the age of 45. If she was a guy, I think people would be alot less nasty about her. Sure, she's bat-shit crazy, but what rocker isn't?

One day, that's gonna be quite a mini-series.

The new album definitely rocks. She's got her wail back on, and the studio musicians certainly get the old "Hole" sound.

We'll see if the show is a travesty or if it is sublime. Or both.
Posted by Nazz Nomad at 8:54 AM 2 comments: Links to this post

I Slept With Joey Ramone 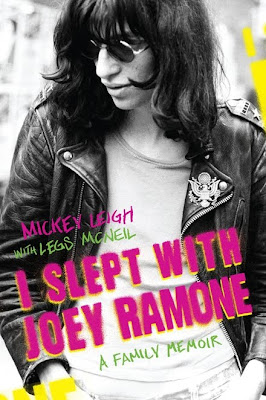 Joey Ramone's brother Mickey Leigh has written a fantastic book about his relationship with his sibling. I Slept With Joey Ramone is equal parts poignant, informative and entertaining. Mickey paints an absorbing picture of what it was like to live with an awkward, OCD ridden misfit who grew up to change the musical world and save rock n roll. If you are reading this blog, than you will certainly enjoy the book Mickey wrote... so, go buy it!
I had the privilege to interview Mickey and present it to you all...

Congrats on the book, it really opens people’s eyes to parts of The Ramones history that was unknown

Well, thank you... And, yes, part of my goal was to give people important insight into the band that they did not get from any of the previously released books- so it's good to know I at least accomplished that.

I grew up in Forest Hills too, I even went to the same Junior High as you… do you think the area that we grew up in molded the band and your sensibilities?

I definitely do believe there is, or certainly was a type of humor indigenous to this particular neighborhood, or at least to a certain faction of people from Forest Hills. Basically the ones who did not meet the criteria of the neighborhood's status quo and hence became the outsiders- which my brother and I, and the others in the Ramones certainly were. I believe that is where the self deprecating and "black" humor derives from, amongst other emotional characteristics prevalent in what became known as a "punk” attitude. We developed a certain blunt, wise-ass style of humor to maintain our sanity, or insanity, depending on who was mentally balanced, or imbalanced on any given days or occasions.

There’s a lot of drama in the book. How difficult was it to dredge up all those old painful memories?

As about as difficult as it gets, since the main characters were my brother and father, who are deceased, my mom who died as I was writing the book, and my friends Johnny and Dee Dee who also died while I was writing the story. The worst was, due to deadlines, I had to write the last chapter, about my brother passing away, practically on the exact day he died. This is even difficult right now as it is April 13th, and I plan on going to the cemetery as I do every year on the day he passed, April 15. Still a tough day for me. But writing about it on the day was excruciating, though I had no choice as the deadline was May 1st. Well, one of the deadlines anyway. I did blow several. This was not an easy, or fast, book to write. 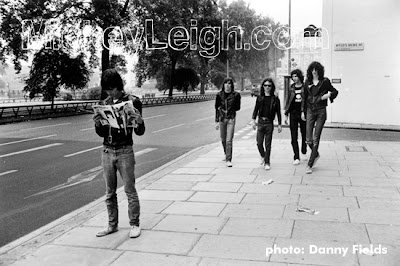 The Ramones and Mickey Leigh in London 1976

Joey’s OCD was a closely guarded secret, did you have any reservations about talking about it (even though it really is so central to the book).

I'm not sure how something that was discussed several times on the Howard Stern show and heard by millions of listeners can be deemed as a closely guarded secret. Or how as it was written about by Monte Melnick, other previously published books, and witnessed by hundreds of people it can be considered a secret, much less a closely guarded one. Maybe it was to you, but there is not much in this book that had not been divulged many times before. As per his OCD, I just put it in a different light and explained its development and ramifications in more detail.

What’s the reaction been from your family and friends?

My/Joey's family read the book long before the final editing and were thoroughly impressed, moved and delighted with the outcome, as were many of Joey's and my mutual friends, including his closest ones. They were all totally supportive and love the book.

How does a band with four truly separate personalities, exist in such close quarters for so long?

Well, considering Tommy quit after three years, I don't know if you could say it was for "so long." After that, there were three other members that came and went. You must realize that the non-original members were hired. My brother and Johnny were not about to give up the only thing they loved to do, knew how to do, made a success out of, and was what kept them financially stable. How much pleasure they derived from it after a certain extent was different for each of them and not for me to gauge.

With Johnny and Joey so hostile to each other, how were you able to bridge the gap, at times it appears that you were closer to Johnny than you were to Joey.

Johnny and I were best friends and bandmates when I was 14 and he was 21. Actually Tommy was in that band as well for a period. But at the time you are referring to I was not really friendly with Johnny anymore. Unfortunately, no one was able to bridge that gap and it remained an open sore until the day my brother died.

When are you gonna start STOP back up, you guys kicked ass.

Working on it as we speak. The first scheduled STOP show will follow a book reading in Woodstock on June 25th, then STOP will get back into action.

DoDo you listen to punk anymore? What bands?

Do you mean like the kind of punk that the Jonas Brothers, Ashlee Simpson and Justin Beiber play? Not sure if there is any real punk left, but I listen to everything and just keep hoping someone will do something different. ANYTHING! I am 300 miles from home. I have to do a big presentation tom that i am not ready for. The ambien (and beers) i took is making my hands type the wrong keys. Then I have to rinse and repeat and do it again on friday. I miss my kittens. And it feels like I am wearing glasses. But i am not.
Dale Carnegie rocks-
Oh yeah, our band... Caterwaul Of sound- we are playing part of a wedding reception. One of our songs is called Sweet 16 Abortion.
You can't make this stuff up.
Posted by Nazz Nomad at 10:49 PM No comments: Links to this post

The Swindler Has Left The Stage 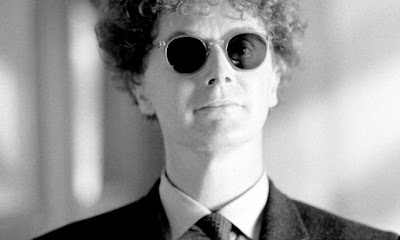 "My fondest memory of Malcolm McLaren, and I loved the guy, was his birthday gift to me when I turned 21—he got me a hooker and some heroin.”
–Steve Jones, Sex Pistols guitarist, in a statement.
Here's to a true original. The master planner behind the Sex Pistols and Bow Wow Wow. An early advocate of Hip Hop. The last sane person involved with the New York Dolls in the 1970's.

Malcolm, the world will be less interesting with you gone from it.
Thanks for changing the world. 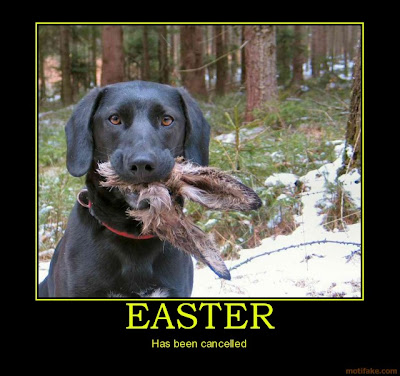 It is finally Spring in New York. The long winter of freezing weather, snow and unemployment is over.
2 weeks on the job and digging it. OPENING DAY IN BASEBALL!. Very thankful. OK, so I still have to do my taxes. Big deal.