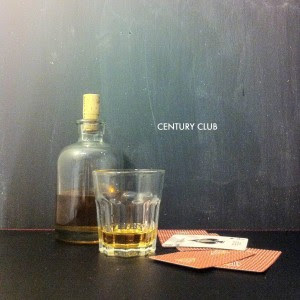 So, check this stuff out: Century Club - new  album "Falling Stars".
Greg Hoy/Guitar, Voice. Rich Bennett/Bass. Dave Richman/Drums
Pure pop for now people kinda in a Cheap Trick sorta way. Noted douchebag Steve Albini has deemed Century Club Grade A enuff to actually have produced the ep.
Remember when Albini re-recorded CT's "In Color" elpee?  Yeah, well take that whole ringing guitar thang, with some decent bass lines and some kick ass on time drumming, and it all adds up to these five trax.
"Fallin' Stars" is 1978 (it's only missin' the Budokan chicks screaming). Hey- those hot little Japanese gals screamin' on "I Want You To Want Me" are probably grandmothers by now. And wtf does "Green Was The Color Of Her Love" mean? Money? Decay? Usually my taste in romantic partners runs towards cold and blue, since dead girls don't say "no". But your mileage may vary.
5 songs, 16 minutes. No filler, all killer. Check it out here
Posted by Nazz Nomad at 3:48 PM No comments: Links to this post

A big weekend event at the Nomads, Princess Nomad committed and was admitted to University and her future is getting paved.Deposits down, and we're financially committed. Luckily, the kid is smart and has excelled in school (if not in her domestic chores)- she’s drug free, never drunk, and is in the top echelon of academics, which has resulted in major scholarships . She's a really good kid... except for her mouth of course. But she has a job, and doesnt start most trouble. 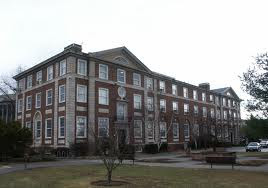 While, her first choice still proved to be out of reach (due to finances- not academics- so it's my fault- which is something we're all going to have to live with--- that I could not provide the bucks we needed for her hopes and dreams), the combo of scholarships and grants has reduced her yearly nut for me from the original 30 grand a year, down to about 4 grand out of pocket- that balance of 26 being covered by the aforementioned academics. Its turning out that she is able to go to a relatively highly rated Private University for less money that a shittier public U. She will eschew the dorming on campus and stay with the Nomads at our Oasis. That will save $14,000 right there per year It was crazy walking the campus, grilling the advisor and professors to make sure we got all the info we wanted- ignoring the stupid queries coming from some other parents.
It was weird, with the financial aid report coming up well, and impressive meeting with the academicians- the deal was done and before I knew it- I had signed over the next 4 years (lord willing) of my daughter’ s academic and social life. It was cool running into another kid who we have known since they were in kindergarten together and thru the Brownies, etc. And here they are all grown up. Next stop was of course to the STudent Bookstore where I got sticker shock at textbook prices of $150(I had spent most of my college career with “borrowed” books. Princess Nomads’ biggest decision was whether to buy the black or the grey sweatshirts- obvious answer- she bought both ! But hey, she’s happy, it’s a good school that has the business and marinating track she likes- and it’s affordable. We gotta com e up with a couple of grand in august and a couple more in February- The other $26, grand is scholarships. We can go a couple of $2000 payments a year- that is about our best case scenario what was happened. We don't have to borrow money- and that's a huge relief too, since there's more than enough red bills coming to me every month. already.

And… she’s bringing 22 college credits from advance placement classes she’s taken in high school. So, that is going take  a semester off- so we’re saving a half year for her (and she wants to crank out a law degree and those Law schools are big time expensive. And the college is 5 miles from our house so it; itll take the rent and food headaches away.

The Bad Brains Smoked All Of Our Weed 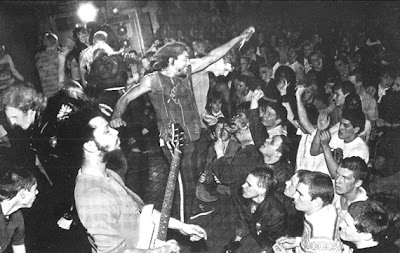 "Wanna go see the Bad Brains?" "Well sure, except that the show is sold out and face value of the tickets is over $40"! But I know someone with an extra for $60.

Fuck me with a chainsaw!

$40 to see Bad Brains. I think if you added all the money I spent on Bad Brains tickets in my youth it wouldn't come to $40!

But, good for H.R. and company- whatever blood they can squeeze from the stone is OK by me.

Man, the Bad Brains were fucking awesome. I never went in much for their Reggae, but you're lookin' at a band that were THE FASTEST, HARDEST AND BAD ASS motherfuckers from the golden age of Punk Rawk. They were actually the band playing at CBGB's when the seats were torn out.


The young and more energetic Nazz was at this legendary show!

I remember being in school and writing a big old article about the Brains "Rock For Light" lp ... about how they were Black, from DC and Punk rockers. Man- if that's not gonna give you a serious hard-on for authority- nothing will.

It wuz about Nineteen Eigthy something and Steve and I were gonna catch the Bad brains at some club in Manhattan. It turns out the place is now a pizza place (which makes me laugh whenever I see it).

Anyway, there's frick and frack (aka Steve and I) chatting up H.R. and Dr. Know (or it might have been Daryl- who the fuck remembers), and we ask them if they wanna get high. The set-up of the place was an upstairs bar and then a basement with a stage. So, they of course agree and proceed to smoke Steve's entire stash in a huge spliff (they rolled). There must have been close to a quarter ounce in that bone (more like a dinosaur femur).

This took a few minutes of course and we got to talking- they were nice guys (well- why wouldn't they be- they were smokin' OUR weed!) but we talked alot about the DC scene (way too violent) and Amerikkka in general (Reagan bad/weeed good). H.R. was pretty interesting- this was before we went off the rails.

Anyway, we finish up and they say their goodbyes and go play 90 minutes or so of completely unhinged hardcore and reggae. Steve and I can barely stand up and these fuckers are making their instruments melt. 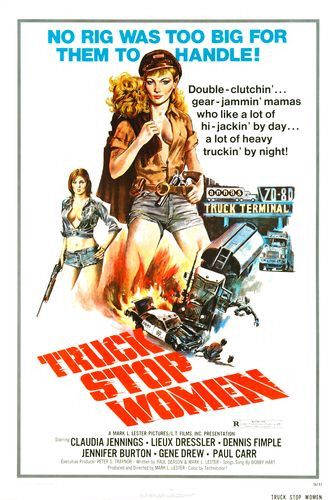 Been on the road alot lately (and happy about it) and this song has been a-resonatin':

I been warped by the rain, driven by the snow
I'm drunk and dirty don't ya know, and I'm still, oh I'm still
Out on the road late at night, I seen my pretty Alice in every head light
Alice, Dallas Alice

I've been from Tuscon to Tucumcari
Tehachapi to Tonapah
Driven every kind of rig that's ever been made
Now I driven the back roads so I wouldn't get weighed
And if you give me: weed, whites, and wine
and you show me a sign
I'll be willin', to be movin'

Now I smuggled some smokes and folks from Mexico
baked by the sun, every time I go to Mexico, and I'm still
And I've been kicked be the wind, robbed by the sleet
Had my head stoved in and I'm still on my feet and I'm willin', oh I'm willin'

And I been from Tuscon to Tucumcari
Tehachapi to Tonapah
Driven every kind of rig that's ever been made
Driven the back roads so I wouldn't get weighed
And if you give me: weed, whites, and wine
and then you show me a sign
I'll be willin', to be movin'

Posted by Nazz Nomad at 12:06 AM No comments: Links to this post 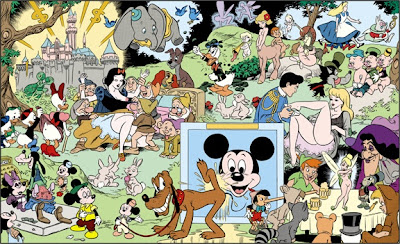 I hope you stir up shit for another 80 years!
Have you been to The Realist archive? CHECK IT OUT HERE and read some of the greatest writing of the 20th century!

Here's a sampler: My Acid Trip With Groucho Marx


Posted by Nazz Nomad at 5:00 PM No comments: Links to this post