Lunatics Aren't Just On The Right 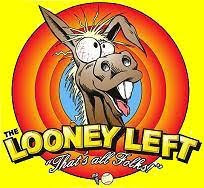 I've been involved in a flame war with some liberal loons as of late. It appears that they are convinced that the Bush administration was behind the 9-11 attacks. They cite various "evidence" such as WTC Building #7 collapsing, Bush's brother being involved in WTC security, etc.

Now, I am as anti Repugnikkkan as anyone, but, to think that the gang of fuck-ups that were running the country for (at that point) less than 9 months could have devised and executed anything as complex as the murders of that awful event is a bit delusional. This ain't the movies, and would the government be able to have kept it quiet? Come on now.

Sure, the USA has been complicit in starting wars before. The Spanish American War ("Remember The Maine" - blown up by pro US war factions), WW1 (The Lusitania carrying munitions) and Viet Nam (which was a tie!) were all shady. However, to think that elected officials would be insane and callous enough to have planned out 9-11 (including the Pentagon bombings) is sheer lunacy. Or something.

Lately I've been involved in a couple of discussions at some far left web sites. The topic has been, "Fuck me we've got a lot of assholes on 'our side' ". I'll have to admit that there's a lot of puzzling evidence out there but ultimately, so fucking what? There's plenty of well documented evil shit out there too. Why spend your time wondering about 9/11 when you should be out hunting down financial executives and slaughtering them like diseased cattle? OK, just kidding;-) LOL. No I'm not.

I AM A Republican, and I can tell you straight up the Bush Administration WASN'T intelligent enough to pull that hat-trick off !

I haven't been involved in any discussions about 9/11 of late because, really, wtf is there to discuss? A gang of religious nutters flew some planes into some buildings in a country run by a gang of capitalist nutters. As usual, it was the innocent who suffered.

Well, the lunatic IS on the grass, you know...