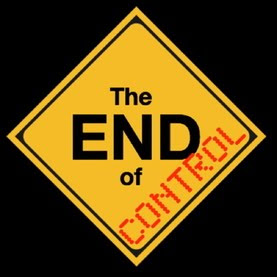 Lord, Grant me the serenity to
accept the things I cannot change,
Courage, to change the things I can, and
Wisdom to hide the bodies of those people
I had to kill because they pissed me off.
The missus says I have "control freak" tendencies. In my old age, I am starting to agree with her. My recent obsession with sobriety and exercise are directly attributable to my unemployment. As I cannot control my job-lessness (at least to a satisfactory conclusion), I am focusing on what I can control.
How this all interacts with my obsessive/addictive traits is obvious... I am now addictive to positive behaviors. The little deals with yourself you make... "if I do "insert activity here", than something positive will happen."

And here's something completely unrelated: The Ting Tings. Pop confection... but out of my control. I dig it:

Email ThisBlogThis!Share to TwitterShare to FacebookShare to Pinterest
Labels: devo, the clash, u2

Hey Nazz, I was at the 9/20/79 show at the Palladium, with opening acts Sam & Dave and the Undertones, just me and Big Mike from the neighborhood. The next night Friday the rest of us gathered around someone's portable radio in the park and listened to the Clash show, which was broadcast on WNEW-FM, hardly a bastion of punk at the time, but somehow they managed to simulcast the show; that's why the quality of that concert is so high. Good post as usual.

Hey warden-
I remember the WNEW broadcast- at one point, Joe Strummer actually references it by saying something like "hey, we're all on the radio". I had the cassette tape of the broadcast, later upgrading to a vinyl copy (that had a couple of songs cipped off and mis-identified some others) and than the CD. Now, of course, I've got it on my hard drive.

I didn't get to to see that show in person, but I did catch one of the Bonds' shows in '81.

I saw the Ramones at one of their first US shows, I don't remember the year, in NYC. The Cramps and Bo Diddley were the openers. It was by far the loudest show I ever saw, before or since. Made seeing the Ramones at CBGB's almost sound unplugged. I walked out of there with a huge headache - but it was definitely worth it.

You're spot on about the Strummer quote: "Meanwhile we is all on the radio" right at the beginning of London Calling -- which hadn't even come out yet! We must be twins, cause I also had the CD, then made a copy onto a cassette, which I still have.

I went to 2, possibly 3 of the Bond's shows as well -- kept using the same ticket because for some odd reason in the mass confusion they never collected my ticket, just waved me through. They had to add a bunch of shows because the NYFD said it was a fire hazard. Some great opening acts during that 2-week residency, including Kraut, Grandmaster Flash, Bush Tetras... Ah, sweet nostalgia.

hey Yankeeboy - I think you mean The Clash, not the Ramones.

Warden - I saw Pearl Harbor and The Explosions open the Bonds' Clash show- I think she was dating Mick Jones at the time. My memory for Rock n Roll spans 30 years. Meanwhile, i can't remember my phone number!

and of course, the iconic picture on the cover of london Calling of paul Simonon smashing his bass was taken at the palladium show!

Nazz, I remember Simonon cmashing his bass the night I was there, but the credit on the London Calling photo lists the following night 9/21 as the night he went all Pete Townshend. Maybe he did it both nights, but that would sure dilute the spontaneity of the outburst.

I may be a little older than you, as my first concert was 1973 when I was a mere lad of 13: Black Sabbath with opening act a relatively unknown Aerosmith, which in all fairness blew the Brits off the stage with a rollicking set of no frills, blues-influenced rock. Sabbath was so horrible that night that I kid you not someone pelted the bass player with a bottle from the orchestra seats. A little harsh in terms of criticism. Also caught Lou Reed in '74 at the Felt Forum, an incredible show with basically the Rock and Roll Animal band if I'm not mistaken.

this guy : http://mondo-de-muebles.blogspot.com/
as alot of live clah on his site ajnd just posted up the chicago show from the tour.

Completely off the subject of the Clashes. I was living in a fly over state at the time. The Ramones came through a couple of times but all of the famous Brit acts ignored us. Ah well, we had our own bands.

About your attempts at sobriety. I did the unemployed, exercise fanatic sobriety thing. I was also homeless at the time, so it was the unemployed exercise fanatic sober couch surfing thing. That was during the last economic collapse, circa 1982. Eventually I got a job and a room. I didn't drink so long as I spent all of my time in an area that was roughly five square miles. I could make day trips out without stressing. I wasn't exactly sober as I smoked pot, took whatever pain pills I could get my hands on and had a major sweet tooth for psychedelics. Still, if I stayed in that little circle, I felt like things were under control and I didn't need to drink.

Eventually things got better. I got a nice girlfriend. I left the five square miles. I got a decent job. I even got a pleasant place to live. It was all too much. I went on a major league drunk that didn't really end for years.

Woke up nuts. In a nut ward. Success without control was a little more than I could handle. Finally learned how to quit for keeps without getting too crazy. I still have a tendency to stick close to home. Long story.

The Warden you are 1000% correct. Paul smashed his bass on 9/20 NOT 9/21 as it says on the album credits. History has gotten it wrong all these years. I've been gathering evidence and can prove it via photos and video.