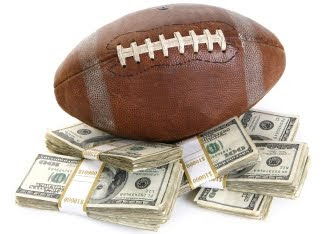 Besides, the Giants tanked.

PS- It ain't The Who anymore... it's two old bastards that shoulda gave it up long ago. Talk about greed, the band shoulda rolled up the carpet when The Ox croaked.

PSS- Upon seeing The Who... respectable... but Roger can't sing, Pete looks like Elvis Costello's father and Ringo jr was a total embarrassment and was unable to do anything that Moon the Loon used to do on those songs. But the lights were pretty. And it was nice to see N.O. win... even though that last touchdown the Colts blew at the end of the game cost me $1000 in my football pool! I hate you Peyton Manning!

On the bright side, my right hand isn't broken (just one knuckle is busted up) from a sports related maneuver last nite. Just can't make a fist. Which makes it hard to lift weights. Or most other actions. And I only drank soda during the game. That and Irish nacho's (Turkey Bacon, Taco Chips, Salsa, Grilled Chicken, Ton of cheese) kept our bellies filled. Then some ice cream, which was attacked by our kittens Riblet (aka Giblet aka Ribsey) and Roo (aka Rucifer J Cat).

Nothing like staying home on the high holidays!
Posted by Nazz Nomad at 2:14 AM

Email ThisBlogThis!Share to TwitterShare to FacebookShare to Pinterest
Labels: football, the who

Superbowl? Can't watch it. Masterpiece Thater is on at 9 - it's the last installment of Emma, with Romola Garay in the title roll. I just can't wait to see her get together with that dashing Mr. Knightley!!!