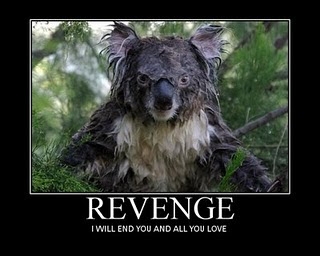 So, it's been almost a year since I was backstabbed/dumped/shitcanned from the job that I had given part of my heart and soul to over the previous 14 years.

To commemorate the occasion, I am thinking of one of the following "tributes":


On another note- I jammed with a couple of dudes I met on-line at a musician site- We played lots of Heartbreakers, Ramones, Clash, Dead Boys, Replacements etc. Big fun. However, the drummer does not think that Neil Peart is gawd and the guitar player doesn't like Jimmy Page. I didn't even know such creatures existed! At least we all agreed that John Entwhistle is/was the lord of the 4 string. We'll definitely need a lead singer. I am thinking of calling this band project "Treatment Bound".

This will be a supplement to my awe inspiring CATERWAUL OF SOUND band, of course.

And, now for something completely different:

Send him a nice card asking after his family (by name) and wishing him well at his beautiful home (include the address). Tell him he's lucky to have such a lovely wife (again, include her name and a vivid description - maybe a photograph) and wonderful job.

Then tell him that you hope the next time you meet will be as memorable for him as the last time was for you. Leave it at that & let his imagination fill in the blanks.

sugar in the gas tank.

ooh are a creepily positive inquiring letter, like the guy above suggests. but maybe even without the last part about meeting again.