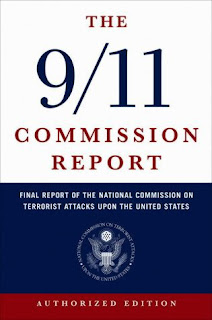 I will not be in New York for the 10 year "tribute" next weekend. It's actually already started, as the local media is tired of reporting about the hurricane damage and the economy crisis is oh so boring and played out. I've seen "America's Mayor" (ie Giuliani) already weighing in. I guess no one remembers that at the time of the attack, the fascist motherfucker only had 2 months left in his largely failed administration... and if it wasn't for the attacks, he's be remembered as a tremendous asshole, and not some sort of (cough, hack, puke) "leader".

And Bush? And his recollections of shitting the bed that day? No thanks.

Prepare to be inundated with analysis of our "lost innocence" and how it was the day everything "changed". Being a New Yorker, I know all too well about the atrocities perpetuated by those monstrous murdering bastards with box-cutters and the damage they caused. And I am sure that you do too.

I really don't need 24/7 media coverage exploiting it and I am sure the rest of you don't either.
Posted by Nazz Nomad at 12:14 AM