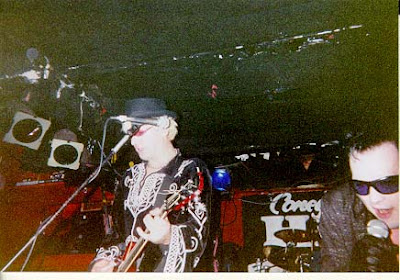 The Damned Live at Coney Island High around 1999

I just got kicked in the balls so hard at work that it's only my happy pills keeping me from opening up a vein and, well, Bleedin' Out. At least I still have a job.

What's the old line about cleaning up elephant shit at the circus? Well, at least it's show-biz!

The Damned are coming to our fair town on New Years Eve .... which sucks, since I can't see em that nite. They're also playing to the north and south of N.Y.C.... hope to catch one of those!
Anyway, here are some candid pix of Mr. Vanian and the good Captain from a few years ago backstage at Coney Island High. We had a great time stealing their Jack Daniels and discussing vegeterianism with Captain Sensible. 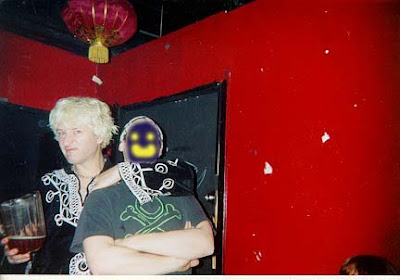 And here's Nazz with the Cap! 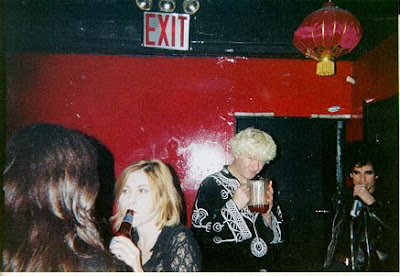 The good Captain, with his pre-show beer. He had a bottle of Jack. That is, before we took it! 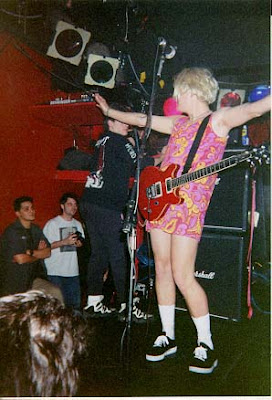 The Captain in his full glory. Later of course, he was bare assed naked. 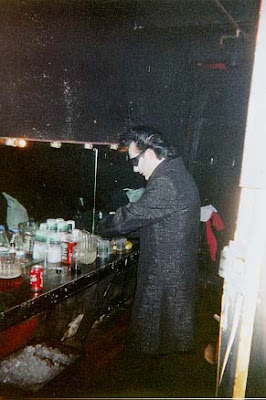 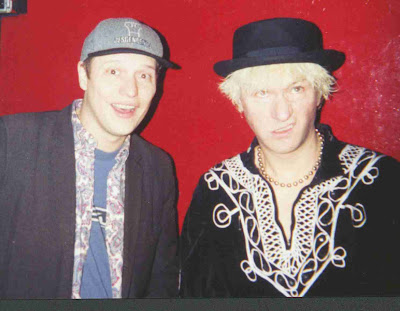 That's my pal Vinnie with the Captain.

Toonage:
The Damned Live At The House Of Blues 2001 (the whole show!)

Email ThisBlogThis!Share to TwitterShare to FacebookShare to Pinterest
Labels: The Damned

So getting naked on stage is something the Captain does all the time? I didn't realize this. I guess it's like Bruce Springsteen sliding across the stage to kiss ol' Clarence Clemons - inevitable but still surprising to see.

Thanks for a real neat share - it's cheered up an otherwise shitty day with an index finger that feels dislocated... not good for a bass-player. :-(

Don't let the bastards grind you down at work... we need you here!

And if it gets too bad, you can tell the boss from me to go stick his head in a log-splitter. ;-)

went to see the damned a few weeks ago for the 22nd consecutive year, many tours, much money and all worth it. the new album is up to scratch and as ever is not what you would expect but still ultimately satisfying. dave vanian now looks like the bastard offspring of errol flynn and elvis, captain was still drunk and the fat little keyboard player was still annoying.
A.J

just about my all time fave band... hope you get to see em. You picked up the brand new album yet Nazz?

I am going to go see the show in DC on Dec 27th, I am psyched. I haven't seen them since 1983!
Thanks for posting the 2001 show, and for the cool pictures of Coney Island High. I saw a few great shows at CIH, it was a cool place to see a show.

well, let us know how the Damned in DC turns out! They are doing an in-store on 12/30 in NYC that I will be happily attending!