Warped - Thirsty But Not Miserable

Hey, Kevin Lyman and the entire Warped Tour organization... suck my hot, parched balls. It's 100 degrees and you bastards are selling water for $5 a bottle! 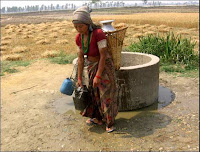 You greedy motherfuckers. Especially as you limited people to bringing in one bottle. And your water truck by 3 pm resembled a scene from a Save The Children ad. And then they ran out of water.
Aside from that atrocity, the Warped show in NY last week was just lovely... thousands of teenagers having a good time with no fights and no real hassles.
Observations:
There is a no punk political movement. I guess suburban kids are happy and docile. One booth had anti-Bush stuff. That's out of about 100 booths.
There were alot of environmental and vegeterian booths - good!
There an awful lot of bands who seem to have Cookie Monster as their lead singer.
People should learn to pick up their garbage. It was disgusting to see trash just thrown on the ground when there were bins everywhere.
Bad Religion still kick ass.
Paramore are gonna be huge.
Coheed and Cambria are the second coming of Rush.

Tiger Army were rockin' and are much better live than on record.
Parents should not let their kids out of the house without either proper clothing or sunscreen. By 4 pm, it looked like a lobster convention. Kiddies- there's no ozone layer anymore! And skin cancer ain't cool.
Apparently, every girl over the age of 14 has a pierced belly button.
Best T-Shirt of the day "Hail Seitan, Go Vegan" 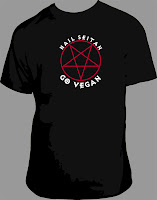 And most annoyingly... dozens of kids were holding up signs stating "Free Hugs". This was supposed to be Punk Rock, not a Phish concert.

Email ThisBlogThis!Share to TwitterShare to FacebookShare to Pinterest
Labels: bad religion, dead milkmen, down by law, guided by voices, pennywise, replacements, the who

Pierced navals everywhere? So being a little sheep like everyone else is cool? And kids littering everywhere? So many self-absorbed little punks who know that they're better than everyone else... shouldn't janitors or something be picking up after them? (That's quite obviously their point of view.) Or maybe it's just cool to be disrespectful?! Youth of America, I just can't wait until you're running this place. Hip hip hooray?

Love that I'm not alone when it comes to early bad religion but just so u get a heads up ..the kids in america is 100% NOT Pennywise. But they do the best cover of Stand By Me hands down. David in Los Angeles

Chhers for the Blog Link, its much appreciated.

Loving todays toonage by the way!

Great post - and thanks for the tip about COHEED AND CAMBRIA - oh man are they EVER Geddy Lee's grandchildren!