(More than) A Touch Of Grey 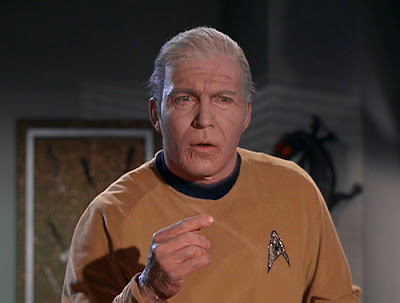 So, the other day, on a lovely evening over beers, the missus informs me "y'know, if you're going to ever start coloring your hair, it's time to do it, it's really turning grey".
And a WTF moment arrives.
All right, so I am the proud father of a 15 and 11 year old. And I have been married 21 years. But when did I get old? When did people start calling me sir?
Aren't I usually wearing torn jeans and a rock or beer t-shirt? Aren't I usually wearing a bandana or baseball cap? Aren't I the most immature, juvenile adult on the planet?
Wait a minute... I'm an adult?????
When did this aging crap occur?
So, my back constantly hurts. So, my knees give out after running a mile or so. So, I need a couple of extra hours sleep after my usual binge. I'm still King Of The Night-time World, aren't I? I can still out-party anyone I know. In the end, it'll be me and Keith Richards left. Or something.
I used to get so pissed off when I had to show proof of age. Now, the rare occasions I get proofed, I'm actually thankful.
Yeah, I know it beats the alternative. It is NOT better to burn out... despite what this guy says. And each day brings another entry into my scrapbook of madness.
I think I'll pass on the hair tinting; honey. I'm gonna ride on what brought me to this point.

PS- Hey you darn kids, get off my lawn!

I was sitting on the floor last night looking for plastic containers to put food away in, my 14 year old daughter comes up behind me and goes, Daddy your going bald.
I had a great mohawk in my late teens, thick wild unkept hair ever since, now I have to worry about doing a combover.

yep-
nazz jr was counting the grey hairs in my beard... when he got over 60, i told him to stop!

When some guy at a gig told me that he thought it to be "really nice" that I was "still wearing a Black Flag T-shirt and all" I knew I wasn't getting any younger either.

Don't let it get to you, just think 'Charlie Harper'!

It comes to us all my man... and hmmm, is that a bottle of somethin hiding in 'ol Pileys bathroom??! ;-)

I had one of those moments over ten years ago!! In my early 30's!! Me and the boys were always drinking in this big pub, that had 3 rooms, all with a different feel. One day we bump into one of the boys cousins (about 18) who proudly tells us he thinks its "great" that we hang out in the long bar with all the youngsters!! Ouch! He genuinly thought he was paying us a compliment.. we thought we WERE the youngsters!

Queue le fuque. If you don't die you get old.

I'm going back to Pace Univ. to finish up my BA degree while I am not working. In my English class the teacher (who is about my age) played a song by Mark Knopfler. The professor and I were the only ones who knew who he was. When one of the 18 year olds calls the Ramones an oldies act, then I will REALLY feel old!