Youth Will Be Served 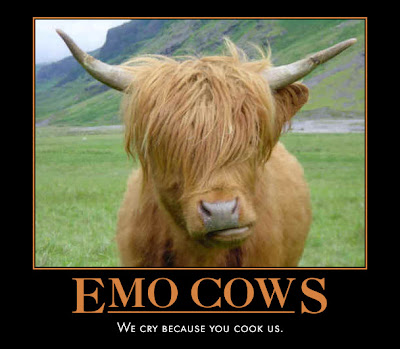 The princess and I attended the Warped Tour at it's local stop over the weekend. Note how I did NOT say that we attended it together. I was dumped at the gate. The princess is 15 years old now and feels she does not need her old man to cramp her style.
Of course, she DID need her old man to gain her entry, as I was granted a couple of press passes, gaining me access to said festival. So, she hung out with me long enough to get a press pass, and off she went, with the vague promise of texting me occasionally. She was supposed to be meeting another 15 year old friend, whom we knew,; but instead she scampered off with a 19 year old girl (thank the lord), who was wearing a bikini top and tattoos.

In other words, she bullshitted daddy-o. I'm so proud. She did stay out of trouble, and did check in periodically. And stayed away from the weed and alcohol (and boy! scenes) Plus, her press access got up her close and personal to some bands she dug, as she was able to sidle up to the stages in the photo pit and take pix and even interview some bands. Her faves? Bayside, Meg & Dia, and a whole host of bands that I could be the father of. 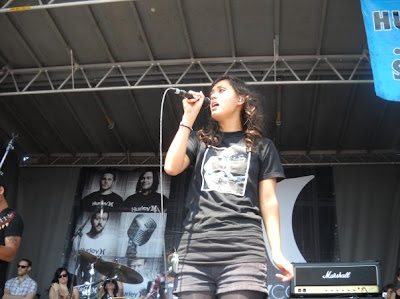 Meanwhile old Nazz repaired to the beer tent (pretty empty, due to the youthful demographic), venturing out to see his faves like NOFX and Bad Religion and avoiding the scream-o bands whenever possible. 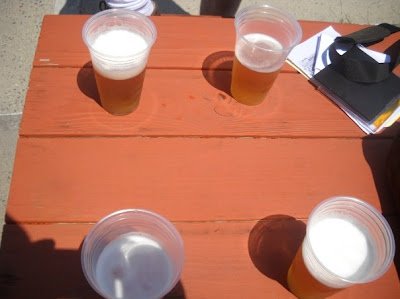 My favorite foursome of the Warped Tour
Yep, Warped Tour is a party for the young (like the princess), not the crusty old punk crew (like myself.

Punk rawk has sure changed since we invented it!

A photog friend of mine went to Warped tour when it was here .. Carrie Me, I found out I was to old for the mosh pit at Gogol Bordello last year.

Glad to hear you had a good time, and your Princes is well. My Princes is going to see the Jonas Brothers in a few weeks, I hang my head and weep!

Bud - The bones might be old, but I am just as immature as ever!

AC- The Jonas Bros will pass... the Princess went thru all of that. Unfortunately, you'll be longing for the innocent days of the Jonas Bros and their "promise rings" soon enough!

The last Warped Tour I went to was sometime in the late 90's. It was at Asbury Park N.J.. I remember I was checking out a local P.A. band called Weston and out of the corner of my I spoted Joey Ramone walking down the street.I said to my future wife, man he looks terrible. He was real heavy, and just didn't look himself. Anyway to my surprise not long after that he died. At the time I didn't even no he was sick.Even though they sort of turned into a novelty act, I miss the Ramones.They were always a fun live band. I have a seven year old, She's still fairly innocent.I hope she stays that way. Anyway thanks for the comments. I like your blog,this post is funny. I'll add you to my blog roll.

just as long as those darn kids stay off of my lawn!

Bad Religion are getting up there as well! They're going on 30 years together. One of my favorite compilations is More Songs About Anger, Fear, Sex & Death, which features around 30 songs by BR, NOFX, Dag Nasty, Pennywise, etc. Not a bad song in the bunch.

Greg Hetson from Bad Religion was of course also in the original versions of Redd Kross and The Circle Jerks. Talk about a punk legacy!
Never heard of that comp... I'll have to look it up. Thanks!

It's one of those great Epitaph label comps, in the vein of the Punk-O-Rama series. Turned me on to a lot of good bands over the years.