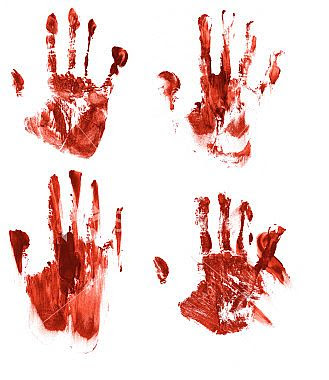 Well, we shot the music video for the Love Theme To Kids Go To The Woods, Kids Get Dead and what a bizarre experience it was.
We all thought it was going to be a quick little "one take" shot... but it ended taking about 7 hours!
We jumped in a van (note to you kids... when a guy drives over with a van and says: "hey, jump in and you can be in a video" be very careful!) and made about an hour ride to the site for the shoot. When we got there, it became apparent quickly that this was the real thing. Assistants were hanging tarp, setting up lights and all this other movie stuff.
As we were "THE TALENT" we were told to chill. So, we watched Blacula and drank Absinthe and 40 ounce Buds (and other kinds of buds too), until we were called to the set. I can see how a guy can get into alot of mischief just waiting around.
Basically, we played the song to a backing track as a full band two or three times and then we each did a solo version of the song for close-ups.
I learned right there that I am NO ACTOR. I was totally self conscious and unable to "project". But then again, I'm just the bass player, so I am spozed to be a bit stoic, right?
Than came the real fun, as the director bathed us all in torrents of blood (most of which was fake blood) and body parts, and we ran thru the song a few more times. The blood totally blinded me and I ended up trashing my contact lenses.
I crashed at my buddy's place as we didn't get done till close to dawn and I was in no condition to drive home.
Of course, walking to one's car in the light of day on a busy street whilst covered in blood is certainly an attention getter as well!
I highly recommend it.
I can't wait to see the finished product and will dutifully post it here!
Toonage:
Replacements - Seen Your Video
Turbonegro - Drenched In Blood
Candy Snatchers - Color Me Blood Red
Posted by Nazz Nomad at 10:07 AM

Email ThisBlogThis!Share to TwitterShare to FacebookShare to Pinterest
Labels: caterwaul of sound, replacements

This should probably kick a lot of ass, can't wait to see it.

Awesome! Can't wait to see it. Check out my buddies, The Zombeatles, you might dig 'em: