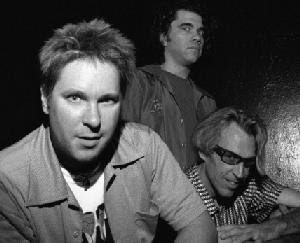 were a southern California based Punk rock band of the early 1980's who were forerunners of the So-Cal surf-punk sound. That meant big riffs, buzzsaw guitar and the "surf beat". The power trio (Mike Palm- guitar/vox, Scott Miller- Drums, James Levesque - Bass) laid the foundation of a type of punk that will be later utilized to far more success by the Fat Wreckords stable of bands of the late 80's/early 90's .

The band's first release was the classic single "Bloodstains", which was released on a complilation in 1979.

From there, Agent Orange unleashed the album Living In Darkness, which had such great riff oriented tracks as "Too Young Too Die" and "Everything Turns Grey". 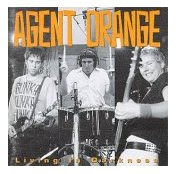 In 1982, Agent Orange came out with an ep called Bitchin' Summer (later to be combined on 1 cd with Living In Darkness) that featured some surf classics ("Miserlou", "Mr. Moto", "Pipeline") as well as Breakdown- an original that seems to address the topic of "selling out".


i don't want to think about it
i don't want to see
i don't want to know the kind of fool they'll make of me
the public gets what they deserve
not what they demand
unless we all decide to be a business, not a band
In 1983 came When You Least Expect It. It featured cover versions of "Somebody To Love", "Secret Agent Man" and "Out Of Limits", but only a couple of originals.


This Is The Voice (in 1986) showed Agent Orange to be back with a vengeance. However, poor production ruined the record.


Most of Agent Orange's better hits (and remastered) can be found on the 2003 compilation Sonic Snake Session.


The band still tours occasionally, so watch for em.

Toonage:
Bloodstains
Everything Turns Grey
Too Young To Die
Breakdown
Seek & Destory (Metallica cover!)
Posted by Nazz Nomad at 4:30 AM

Not just the Fat Wreck Chords bands; I think the Offspring owe a lot to Agent Orange.

Thank you for posting this. Anyone that sported a pair of Chuck Taylor Allstars while aon skate board in the mid-eighties that lived in So-Cal owes a lot to Agent Orange.