In NYC in the the mid-1980's (about 1982-1985), there were a bunch of bands that collectively breathed new life into the 1960's "Punk Rock" garage bands. These bands would play "Nuggets" era covers (The Seeds, Music Machine, etc) and originals as well.

While the bands from this scene played all over NYC and NJ, one particular club called THE DIVE, became home base for many of these bands. Additionly, "Paisley Underground" national bands (Green On Red, Rain Parade, etc) would also play at The Dive when in NYC.

Today, we'll feature some of the bands that made that time in NYC so cool.

The Fleshtones: "The Super Rock" kings have been kickin it since 1977 and are still going strong. 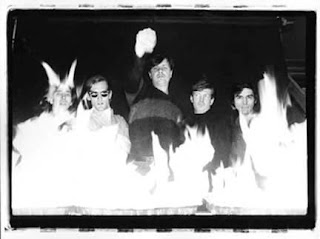 Still touring as well! The Fleshtones style was high energy dance oriented r n b with a healthy dose of the 60's garage sound.
By the early 80's, The Fleshtones were already successful. They had been signed to IRS records and were featured in the 1981 concert film Urgh A Music War.
They had already released two albums nationally on IRS (Roman Gods & Hexbreaker) . They also were featured on the soundtrack for the Tom Hanks movie Bachelor Party. Lead singer Peter Zaremba also hosted 120 Minutes on Mtv for some time in the late 80's.
The Fleshtones would often bill themselves as The Hexbreakers when they played at the Dive.
Fleshtones Website
Buy Fleshtones Music 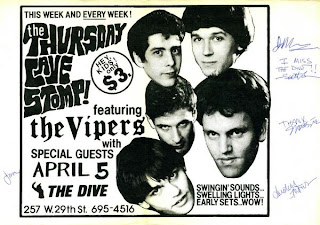 Jon Weiss and The Vipers featured a more early 60's Brit sound. Jon would later be instrumental in reviving the scene in the late 90's and beyond as the creator of Cavestomp!
Vipers Website 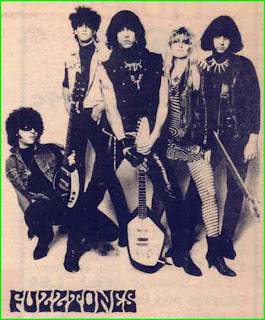 Total garage animals, firmly entrenched in the American Int'l films and bands like the Music Machine, The Seeds and The Count Five, The Fuzztones were led by Rudi Protrudi and featured the sultry Deb O'Naire on keyboards for many years. The Fuzztones took the bad-ass attitude of the punk scene and melded it with the biker fashions and black turtlenecks of the late 60's and made their own concoction.
Fuzztones Website 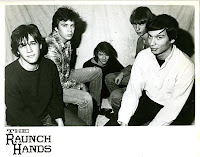 Fronted by lead throat Mike Chandler, The Raunch Hands played drunken, bluesy punk. Rarely was there a time when the audience or band wouldn't be wasted at the end of a show.

Other bands of that era include: The Cheepskates, The Outta Place, The Mad Violets, The Mosquitos, Smithereens, The Tryfles and many more.

A great resource for Garage Punk is: www.garagepunk.com

Today's posting is dedicated to

Vipers - Why is How About Somemore not re-issued on CD?!?! WTF! Thanks for the excellent blog